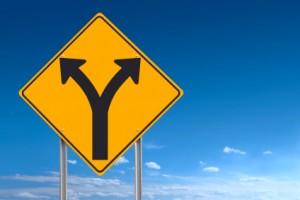 Building a cloud that works like AWS or Google involves a complete rethink of just about every concept considered canonical in enterprise IT for the past 20 years.

This is the message Randy Bias and Lew Tucker (Vice President and CTO, Cloud Computing at Cisco) delivered on the main stage CloudBeat 2011 last Wednesday.

High-level takeaways from the video (embedded below) include:

Enterprise IT is not ready to do real cloud. AWS is growing phenomenally: perhaps $1b in 2011 revenue and a 100% CAGR. But even with this market approval, enterprise IT is not psychologically prepared to run their infrastructure the way AWS does. Most large enterprises and service providers still design with the philosophy that each application architecture drives its own infrastructure architecture. The only successful public clouds turn that idea on its head.

Uptime at scale is in the software, not the hardware. Designing failover into the software – rather than the hardware – is another source of dissonance when moving from the enterprise IT mindset to cloud design. At scale, you cannot avoid hardware failure, so successful public clouds manage it though software architecture.

Open source is only part of the answer. Open source software is the only way to go if you want to build a cloud the way AWS and Google do. It’s not easy, though. More than 80% of your time will be spent dealing with issues beyond the cloud OS.

People do not need need to know what’s in the box. The box delivers an SLA and a set of services. It’s an appliance. This defines the move toward a utility computing model. You get one of 2-3 configurations for different classes of workloads, and that’s it.

If you skip through the introductions, the video is just under 20 minutes.